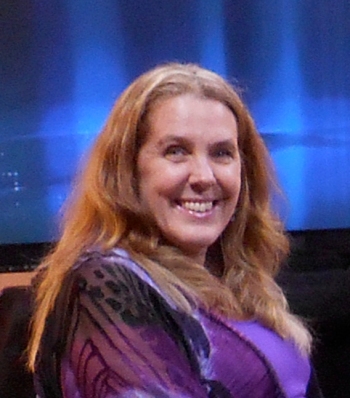 We often think in terms of quantum physics being something very complicated that we can’t understand that we don’t need to understand, since it has to do with the realm of the very small–however, recent research indicates that’s not true. A survey of physicists showed that more than two thirds of the physicists interviewed believe that you and I and everybody watching all exist in a superposition of states. So what, exactly, is a superposition of states?

You may have heard of Schrödinger’s cat being alive and dead–at the same time. This was a thought experiment intended to demonstrate the ridiculous quality of quantum physics and the impossibility of these ideas applying to our everyday lives. The thought experiment consists of a box with a cat, a vial of poison, a radioactive isotope decaying at some unpredictable rate. That little bit of randomness means that we can’t predict when–or if–the device that can break open the vial of poison might activate a series of automated events resulting in the death of the cat. In this example, when we say that a quantum particle–such as the radioactive isotope–exists in a superposition of states, we are saying that it is considered to be both decaying and not decaying. And this translates to us considering that it is both activating the poison and not activating the poison–which results in us having a cat that is both alive and dead. 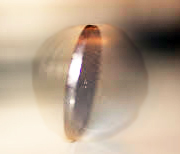 When we think of quantum particles existing in a superposition of states, we are considering them to be in a state of spin up and spin down–so they can be everything that’s possible for them to be. This is somewhat analogous to flipping a coin in the air and rather than having it fall down into a state of clearly being “heads” or “tails,”  it just stays spinning. And while it’s spinning, it’s in that superposition of states. And then when someone you finally look to see what state it is in–by taking a measurement–you catch the coin, and you have a measurement.

So the idea of all of us existing in a superposition of states, leads us to expect that we ought to be able to sometimes see signs of this. What kind of signs might you notice?

You might notice that when we talk past events, such as things that happened in childhood, your siblings would disagree with you about what happened. Perhaps such disagreements have already occurred–in which case you may have simply thought other people were mistaken, a bit mentally foggy, crazy, or that they’re lying. But instead if you think instead in terms of the possibility that they actually are experiencing a different reality, this is one way you might detect the presence of superposition of states in your life.

Another possible way that you could see a superposition of states is by experiencing amazing, miraculous kinds of spontaneous remission of illness or disease. Even if you or those you know haven’t had miraculous recoveries, perhaps you may have sometimes noticed times when you’ve started to catch a cold, and suddenly been completely well.

A third way you might observe the presence of alternate histories and a superposition of states would be if you’ve noticed changes in familiar songs, movies, or books. This might have come to your attention since you’ve read them before and you’ve watched them before, but now the words or plot is different. And you might think, “Well, I just didn’t remember it correctly.” But another possibility to consider is that you did remember it correctly. And now it’s “always been” some other way according to official historical records.

Take a fun pop quiz when you watch this video, to see some alternate histories that many people have recently reported experiencing:

When talking about these kinds of examples, people sometimes think they are experiencing what they call an “alternate timeline” or an alternate universe. What I’m suggesting is that it’s a natural part of daily life to exist in a superposition of states. In my book, “Quantum Jumps,” I describe how this is part of the way that our senses work. The very small effects of quantum processes like quantum teleportation happening inside our nose allows us to distinguish two identically-shaped molecules, such as Hydrogen from Deuterium, even though they are the same shapes. This quantum teleportation “swipe model” of olfaction makes more logical sense than the “square peg, square hole / round peg, round hole” theory of smell which is not nearly so predictive nor descriptive of what we actually observe. So even though the molecular shape of two molecules such as Hydrogen and Deuterium is identical, their smells can be different because of the excitation of the electrons in the nose receptacles.

All our senses appear to have a quantum quality to them. This is also the way birds, such as the European Robin that I talk about in Quantum Jumps, navigate better by day than night, because they notice how free radicals from photons in the sun are deflected differently in response to Earth’s magnetic field. Another example of macroscopic quantum effects occurring in nature include photosynthesis, which absolutely has been mathematically proven to be a quantum process.

These quantum phenomena are happening in our bodies, they’re happening in nature. And everywhere we look, the things that we want to find to put into our quantum computers are already here in nature. Nature’s already doing this. We are even thinking and remembering things in a quantum cognitive fashion. We’re not illogical the way a lot of psychologists used to think–that if you asked questions out of sequence, people give different answers. And actually, this is what you’d expect a quantum computer to do. Because, when you ask the questions in a different sequence, the relationships change. And this is the way our memory works–according to quantum processes and quantum logic, rather than classical logic. There are so many different fields of science showing the same thing right now–that quantum is everywhere.

So when you notice alternate histories, you can start talking about the idea of alternate histories and superpositions of states with people. And when you find yourself disagreeing about what happened many years ago, keep an open mind and an open heart, that people actually experience things differently. So we can have different histories, and this is something that is part of quantum logic–which I love.

We often think of logic as being something associated with Mr. Spock from Star Trek, who says, “This is logical,” or “This is illogical.” And we think of it when we have computer systems, because they use logic gates. They have AND, OR, and NOT logic gates. And for quantum computers, we’ll also be using AND, OR, and NOT logic gates–but a whole bunch more gates, as well. And two-way through time, two-directional gates. So this is a way of looking at that superposition of states and the way nature solves problems is kind of like by running all the paths through the maze simultaneously and choosing an optimal path. And this is what we’re going to be learning to do with quantum computing. I’m suggesting we can use this in everyday life. Just like we now use a lot of terminology from classical computers, we talk about “downloading” some information, we talk about the way we communicate and get that message through to someone.

With quantum computing, we’re going to start getting some new ideas about these different possibilities that are already out there–they all exist in the field of possibility. It matters tremendously our attitude, and all the things the spiritual great teachers have taught us about staying positive, asking that question that I love so much, “How good can it get?” Really keeping yourself in an uplifted, relaxed and aware state, so you don’t get burdened by your own stories, and what you believe to be true. Because when you’re thinking in terms of a quantum reality, the facts actually do change.

And so rather than fixating on something, like, “I know it happened this way,” we’re getting to a place where we can be more in a feeling state; more in an aware state. Just being in this present moment now, you hear a lot of consciousness teachers talking about.

Quantum is the definition of things that are quantized or almost like block-like. When we feel it, we can feel the wave-like quality of it as well. So we can feel the vibe of it, the energy of it. And this is what happens in nature when some flocks of birds, such as starlings, fly together–exactly like a quantum liquid. They fly simultaneously, all adjusting their flight paths exactly at the same moment. There is no gradual adaptation from bird to bird of a change of direction–all birds simultaneously change direction together as one. And that’s exactly what quantum liquids do.

We can see evidence of alternate histories and superposition of states in nature all around us. And it’s completely natural. It’s not weird. It’s not difficult. It’s not hard. You don’t need to puzzle through quantum physics equations or math, because plants don’t do that, yet they photosynthesize with amazing efficiency. We can benefit from the primacy of quantum logic and phenomena occurring in nature as evidenced by alternate histories, by knowing that what we need is always there.

Cynthia Sue Larson is the best-selling author of six books, including Quantum Jumps. Cynthia has a degree in Physics from UC Berkeley, and discusses consciousness and quantum physics on numerous shows including the History Channel, Coast to Coast AM, the BBC and One World with Deepak Chopra. You can subscribe to Cynthia’s free monthly ezine at: http://www.RealityShifters.com
RealityShifters®

Comments on: "Noticing Alternate Histories and Superposition of States" (3)