Different Memories are to be Expected in the Quantum Age 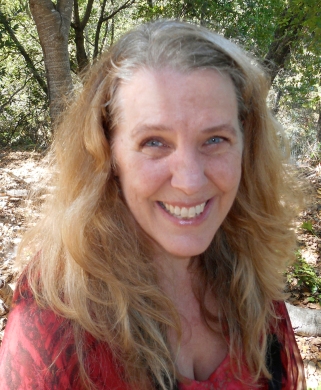 Have you noticed how things often aren’t the way you remember them? Or that your memories are sometimes quite different from your family and friends?

Different memories are to be expected in the Quantum Age. Facts do not always stay fixed, and we will increasingly recognize changes in the way we remember the past that differ from previous memories. Noticing differences in the way we remember previous events is an intrinsic part of the true nature of reality. I write about the way our memories can be observed to change in our own lives, and in relationship to friends and family in my book, “Quantum Jumps,” where I write about “flashbulb” memories, and the way we can observe shifts in reality in which people don’t agree on what happened, since they recall different pasts.

We’re living in an extraordinary time, as quantum technology brings humanity to the brink of entering the Quantum Age. At this juncture, some surprises are in store for everyone, as we finally begin to acknowledge that Boolean logic is seen to be a subset and special case of quantum logic.

What we think of as analytical logic is thus partially complete, partially true. Quantum logic includes a much broader awareness of four-fold logic, similar to logic as long understood in Asia, in which we do have binary categories of “True” and “False,” but we appreciate there are even larger categories of “True-and-False” and “Not-True-Not-False.” 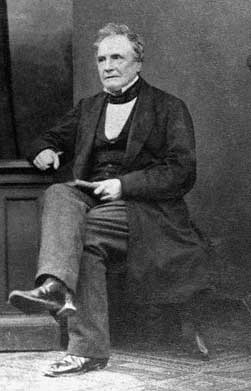 Quantum logic is necessary in order that quantum computers can be programmed, just as Boolean logic sprang into being in 1847 in conjunction with Charles Babbage developing the first programmable device with his Babbage computer–which was the forerunner of all of today’s classical computers. George Boole’s Boolean logic had not really been necessary prior to the advent of classical computers, but in the 1800s we suddenly did have a need for a kind of logic that could be relied upon to get consistent answers to problems. We take for granted that rational thinking is equivalent with Boolean logic, yet Boolean logic is certainly not the only kind of logic that exists. It is a relatively straightforward logic in which decision trees can be easily understood in terms of Boolean logic gates, making it perfect to be at the heart of the classical digital revolution in the Information Age.

Quantum logic is required in order for computer programmers and developers to get their minds around quantum logic gates as the rush is on to develop the first true quantum computers. Quantum logic is generally recognized as being a more encompassing type of logic than Boolean logic, which is widely viewed as being a special case of quantum logic. What this means for our conceptualization of what is “logical” and “rational” is that a whole new kind of worldview is about to come into global prominence. Many assumptions that seem logical and rational according to Boolean logic are far too limited for quantum logic–and that includes assumptions that we only need pay attention to material things, that nonlocal effects can be ignored, that there is such a thing as an objective and uninvolved observer, and that we can have precise answers to problems. Quantum logic overturns all these assumptions completely–and also adds the exciting development of two-way logic gates through time. What we end up with is a completely new kind of logic that is far from what Spock often referred to on Star Trek!

In fact, quantum logic has a lot more to do with synchronicity, a term psychologist Carl Jung coined to signify “the simultaneous occurrence of two meaningful but not causally connected events,” or as “a coincidence in time of two or more casually unrelated events which have the same or similar meaning… equal in rank to a causality as a principle of explanation.” While Spock would most likely have called synchronicity “illogical,” it may turn out to be totally logical when viewed from a perspective of quantum logic. Synchronicity is the occurrence of a physical event in the world near the same time it is being discussed or thought about, and the essence of synchronicity is felt, as there is often significance and meaning associated with it. Quantum logic will most likely begin to show us how this kind of interplay between levels of consciousness can be revealed through coincidences in “internal” thought and “external” action as we play with our sense of identity based on who “we” think we really are.

Another one of the more surprising aspects of quantum logic is that it shows us that we cannot ever fully know all “facts,” since some necessarily remain in a kind of blurry possibility field. When we combine that uncertainty with the way that quantum logic gates are two-ways through time, we start to see a quantum “mechanism” by which the future can and does influence the past. “Facts” are therefore not entirely fixed, and only awareness–consciousness–remains eternal. 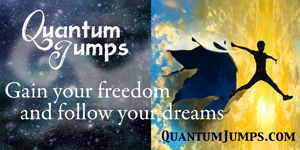 Cynthia Sue Larson is the best-selling author of six books, including Quantum Jumps. Cynthia has a degree in Physics from UC Berkeley, and discusses consciousness and quantum physics on numerous shows including the History Channel, Coast to Coast AM, the BBC and One World with Deepak Chopra. You can subscribe to Cynthia’s free monthly ezine at: http://www.RealityShifters.com
RealityShifters®

Comments on: "Different Memories are to be Expected in the Quantum Age" (3)